For the foreseeable future all royalties from “Cryo” will go to support the people of Ukraine.

Politics aside, it’s unimaginable to think of the devastation that the people of Ukraine are feeling at the moment. It’s haunting to see the chaos and heartbreak at an unprecedented level. For the first time in history, the almost live, visions of war are projected to every corner of the world through social media. Even though social media has many pitfalls, the ability for it to bring a majority of the world to back the people of Ukraine is truly astonishing.

Although I feel most people have somewhat of a personal stake in the war, just in terms of humanity and not being able to fathom the heartbreak people around the country are feeling, one of my brothers is from the Ukraine. Andrii Klimov, who joined our family in 2007 through a foreign exchange program quickly became a brother to me. Although he thankfully has a great job working for Microsoft in Ireland, the rest of his family from Mariupol were living in Kiev when the war broke out. They luckily were able to escape and joined him in Ireland. For the countless others still living there the tragedies they face I cannot begin to comprehend.

With “Cryo” I figured the least that I could do was donate all the royalties I received from it to help alleviate the hardships Ukrainians are facing at the moment. Even if it isn’t much, every little things help. I never wrote a book to make money off of it, I just wanted to share my story with the world and hope that it was received well. My heart goes out to the people of the world suffering in ways that I can’t even imagine. Although I wish that I could do more, this is a start at least. 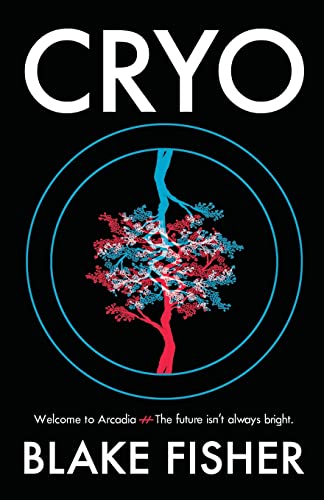 At an early age I stumbled upon one of my mom’s old Stephen King books. I vividly remember not…

Although there were tons of influences that made me want to write. The first real time I fell in…